WHAT ARE THE ALL-TIME BEST 19 OPEN-WORLD GAMES WITH REVIEWS?

There is hardly any person who does not like to play online or offline video games. Once the video game play has a limited story life and less freedom to do anything a player want. From time to time our choices change and now most of us video game players love the open-world game. Here we can run, fight, race, earn money, kill anyone we want, drive where we want, and we can even use any weapon we want in these games. Some of the games are fighting types like GTA, Gangster Vegas, The Elder Scrolls: Blades, Dragon Raja, and so on. Some games are just enjoying the freedom of life. However, in this article, I have mentioned 19 games that you can play in an open-world environment.

Genshin Impact is an action RPG with an open world. In the game, you travel through a fantasy world called Teyvat. miHoYo is proud to show off this game in Teyvat, where all kinds of elemental powers are continuously rising. It was made available for Windows, PS4, iOS, and Android. When I first started playing the game last November, the excellent open-world gameplay, character designs, music, and story made me want to keep playing. But after almost a year, things have only been getting worse. Genshin is a kind of game that used to be so much fun to play. Even if you get a character you like, it will take months to get them to the point where they can be used. Also, the newer characters are wholly unbalanced and not worth the time and money.

The People of the Light Discord Server! Welcome to Sky, a social adventure game to bring people together through kindness. Sky: Children of the Light is a game for iOS and Android devices that is an adventure game. Players use different touch controls to explore a vast world and solve problems alone or with friends. Since it’s free, anyone can try it out without spending any money. This is an open-world, social, independent adventure game made by Thatgamecompany and published by them. This game is 1593.9 MB, and the latest version is 0.18.0. People play this game a lot in the US.

The Finnish studio Cornfox & Bros. made the video game with elements of action and adventure called Oceanhorn: Monster of Uncharted Seas. In the context of the game, you explore the Uncharted Seas islands, a world full of secrets, dangers, and puzzles. It would help you on your quest if you fought monsters, learned how to use magic, and found ancient treasures. Use your intelligence and skill to figure out what’s happening in the ancient kingdom of Arcadia and with the sea monster Oceanhorn.

Dragon Raja is a great fantasy MMORPG with beautiful graphics. Dragon Raja is the next step in the evolution of open-world action games for mobile phones. Winner of Google Play’s “Best Competitive” award and “Most Anticipated” on Unreal Open Day. Dragon Raja (Korean; abbreviated as ) is the first series of fantasy books written by Lee Yeongdo, one of South Korea’s best-known fantasy writers. With money from Samsung Electronics, work on the game started in 1998. It came out in South Korea in 2000 and then in 10 other countries, including Taiwan and China. This game has 3GB of game files that need to be downloaded to play the main game and another 1.5GB of art files that need to be downloaded after you start playing.

MadOut2 BigCityOnline is a “sandbox” game like Grand Theft Auto, where you can play as a small-time crook. As usual, at first, you can only do small, primarily unimportant missions, but as you go on, you’ll be able to move up in the ranks and take on more important jobs. This is an open-world game of the complete type. Regarding the size of the game files, you’ll need at least 1000 MB of free space on your hard drive.

ARK: Survival Evolved for Android brings the dangerous and wild world of this exciting game’s PC and console versions to Android smartphones. Here, you can go on an adventure where you must find resources, build a home, and hunt down enormous dinosaurs to survive in a harsh environment. Survival Evolved! A vast game world has more than 80 different dinosaurs and primitive animals. It’s one of the more difficult survival games, but fans looking for a challenge shouldn’t look any further. This game has a file size of almost 200 GB and can be found on Epic games. Studio Wildcard made this game. Ark uses a modified Unreal Engine 4.5 that has had many changes and additions to its core. It had to be put on the Switch, a handheld device.

This game is an adventure game with an open world. Be a brave pirate, sail the seas in a fully armed ship, trade, and put together a crew of the most ruthless thieves. You’ll need a lot of weapons, such as cannons, mortars, flame throwers, and different kinds of rigging. This adventure RPG, which has won the hearts of more than 300,000 players, is now available on your phone. You can go on endless adventures and mysteries-filled journeys across the eternal seas. Share Tempest’s huge world with two friends. You can fight or be friends with each other. Pirate Action RPG: Fight alongside your friends in multiplayer mode. This is one of my favorite games of all time. Even though there are a lot of quests, they aren’t enough to make up for how slow the game is and how hard it is to use. This makes the game boring and often frustrating.

Gameloft made Six-Guns an action-adventure game with an open world. It came out for iOS devices in 2011, for Android devices on March 17, 2012, and for Windows and Windows Phone on September 4, 2013. Unlock eight different horses, 19 weapons, and a wide range of clothes and other things you’ll need. This is the first Android game that lets you freely roam across vast areas of the Wild West. Six-Guns: Gang Showdown isn’t dull and deserves to be one of the best offline Android games in July 2019.

You can play as a cat and a dog in Cat Quest 2, a fast-paced action RPG with an open world. The Gentlebros made this game. Explore a vast world full of monsters, dungeons, and quests to complete. Two people play at the same time on the same console. During my research, I had a few chances to try out the multiplayer, and each time I did, I found it to be amusing. Cat Quest 2 takes about 512 hours to finish if you focus on the main goals. If you want to see everything the game offers, it will probably take about 11 and a half hours to finish it. 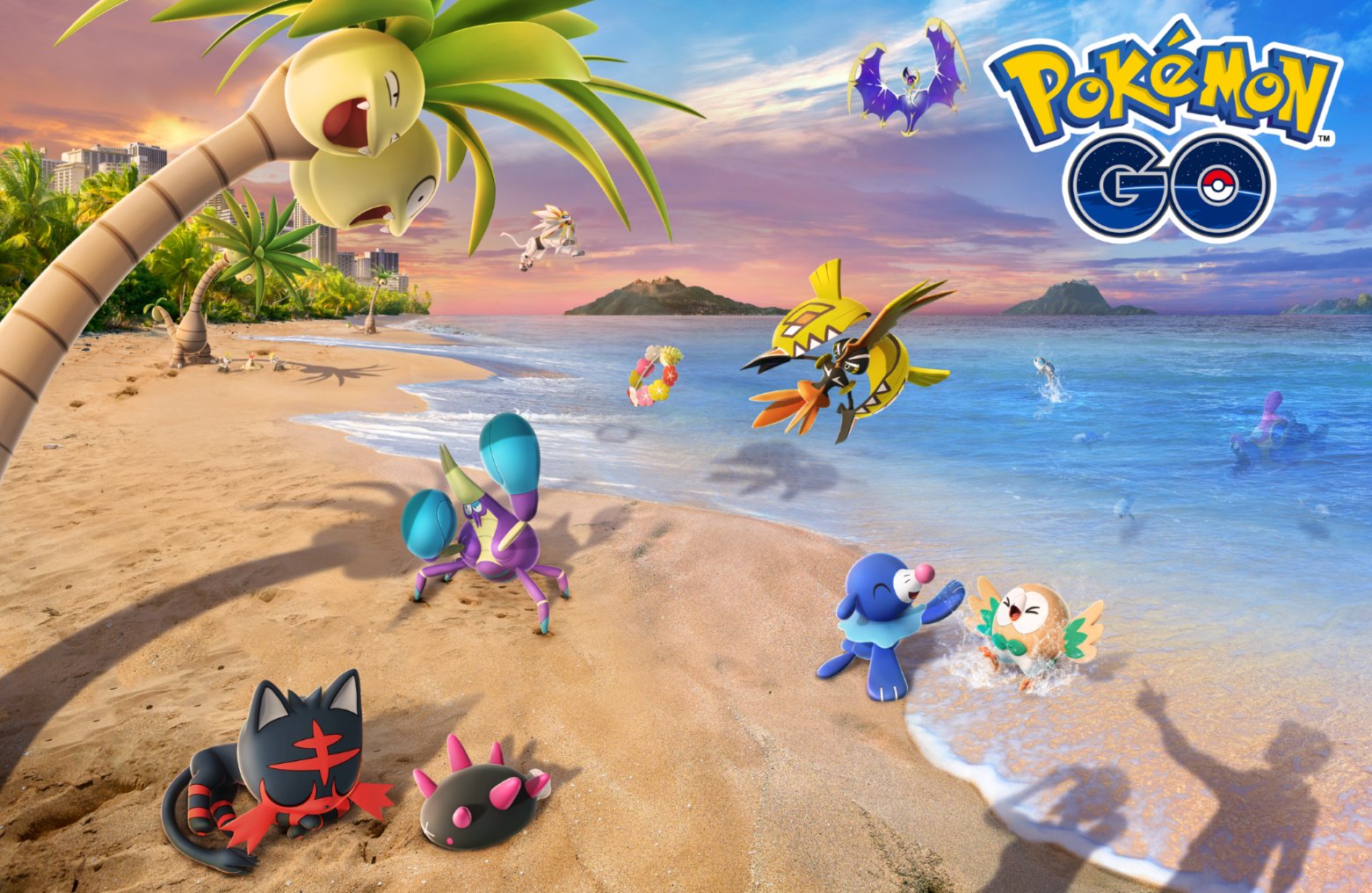 Pokémon Go has been downloaded over 1 billion times, and the Game Developers’ Choice Awards dubbed it the “Best Mobile Game.” John Hanke is the CEO of Niantic Inc. and the person who made Pokémon GO. Trainers from all over the world are finding Pokémon as they travel across the globe. Pokémon GO is a global gaming sensation. You can get Pokémon GO from both the App Store and Google Play. You can play Pokémon GO for free, and there are many entertaining activities and Pokémon to play. You can find Pokemon everywhere around you.

My Time at Portia gives you a new way to farm by letting you use planting boxes and irrigation systems that are only partially automated. The video game My Time at Portia was developed by the Chinese company Pathea Games and released for Microsoft Windows, macOS, and the Nintendo Switch by Team17. My Time at Portia is worth your time and money if you like life simulators and want something to dig into. Compared to the console versions, the price is also very fair. It’s a game with many of the same things that Stardew Valley does, like mining, fighting cute enemies, making friends in town, farming, fishing, and finding love, but it’s in 3D. As someone who likes to play games for fun, I thought it was a good idea.

LifeAfter is a multiplayer online game with elements of open-world survival and the end of the world. The only goal is to stay alive. It would be best if you looked for supplies. Life After is a fun game you should play with your kids, friends, and family. There are no sex scenes, drugs, or alcohol. So it’s suitable for kids who are still young. It costs 2–3 GB to download from the Google Play Store, and the new Open World update means you need to download at least 8–9 GB of resources. LifeAfter (iOS/Android) was made by NetEase Games, one of the world’s best online game content creators.

Cross Worlds: Netmarble is making a new open-world role-playing game called Ni no Kuni: Cross Worlds. “Cross Worlds” is a mobile MMORPG based on the well-known anime IP “Ni No Kuni” by LEVEL-5. The dreamy story of journeys and adventures starts with saving. Ni No Kuni Cross Worlds, a game set in a pastel fantasy world, has caught the attention of gamers all over the world. The size of this game’s download is 1.3 GB. Before you download this game, make sure your phone has enough space.

Louis: The Game is awesome. Louis The Game was first made to celebrate the brand’s 200th anniversary in August 2021. Because of its success, it will be made again in August 2021. Louis Vuitton wants you to play its new Endless Runner game, inspired by the city streets and 1980s influences of the Men’s Fall-Winter 2019 fashion. Last week, the mobile game came out on iOS(Opens in a new window) and Android(Opens in a new window) to honor the 200th birthday of the man whose name it bears. It is a beautiful game, but there are flaws in the way it was made. Both the music and the graphics are great, and they make the game feel very calm. But the controls need to be fixed. In open areas, it’s pretty easy to control the movement and camera. But if you need to jump onto a tight ledge or get into a small space, it’s hard to get the character in the right place or do what you want with small touches.

NetEase did Project: EOE is an action and adventure game with an open world where you join an adventurer on their journey to survive in dangerous places. The 3D graphics in EOE are very well made. From a third-person view, you can move your character around and turn the camera to see any part of the map. You can get to your backpack at the bottom of the screen. This is where you keep all the supplies and items you find. Some of the missions you have to do will be much easier if you have these things.

4 . WHAT ARE THE ALL-TIME BEST 19 OPEN-WORLD GAMES WITH REVIEWS?